You are here: JREPodcast.com » Why is Joe Rogan still talking about DEBUNKED UFO Videos?

Why is Joe Rogan still talking about DEBUNKED UFO Videos?

It’s amazing how often Joe Rogan brings up the stories of Cmd. David Fravor and the videos “leaked” by Jeremy Corbell. All of these videos were debunked with little room for doubt. But the Pentagon confirmed the authenticity of these videos, so it must be aliens. Right? Riiiight?

I am familiar with two YouTube channels that have debunked these videos quite efficiently and with plenty of proof.

One of them is Mick West and the second one is Thunderf00t (with 1+ M subscribers).

Mick West’s debunking was brought up by Lex Fridman on his podcast episode with David Fravor. In defense of his story, David argued that he is a trained professional and that his conclusions were correct because of his vast experience. That’s about it. I recommend that you watch Mick West’s videos, including his response to the response to his debunking. 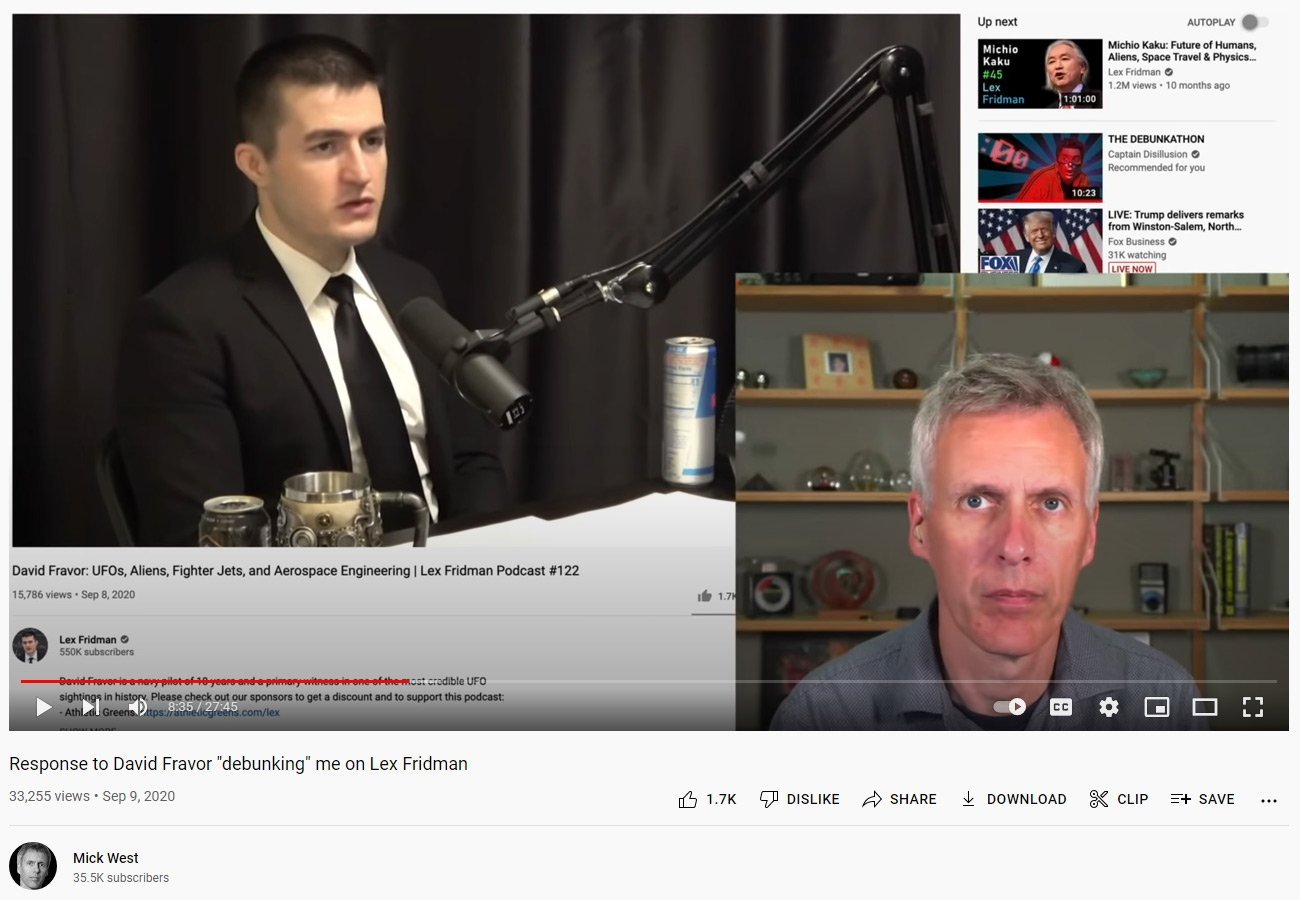 Mick West was a guest of Joe Rogan 3 separate times. Even if Mick’s last appearance was in 2017, it’s safe to assume that his work is at least on Joe Rogan’s radar.

Thunderf00t’s story is a lot more interesting. His channel has over 1 million subscribers, which is not that uncommon. What is more interesting is that his channel is shadowbanned by YouTube in their search results. If you search for Thunderf00t then most likely you won’t see a single video from his channel in the top few hundred results. 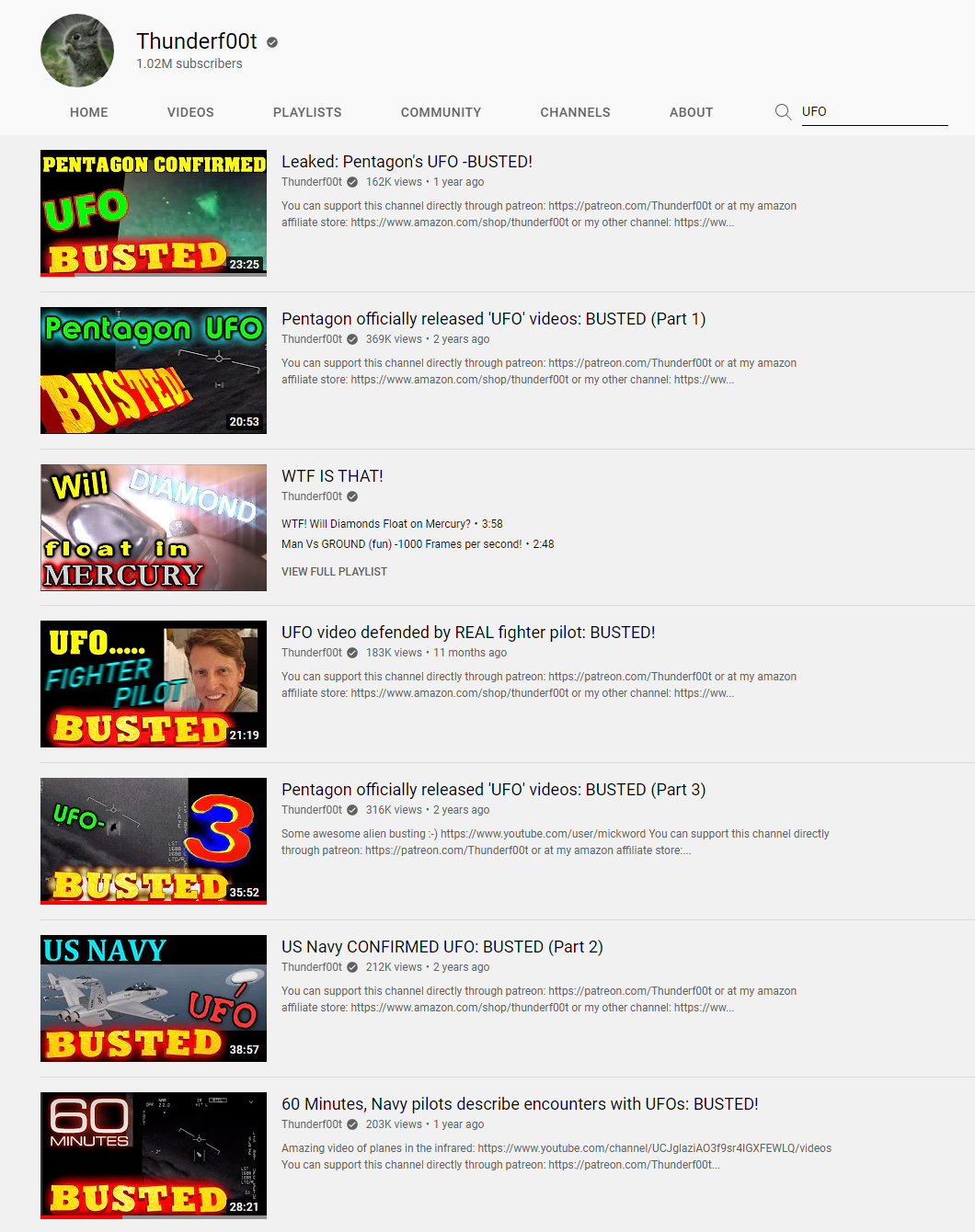 I recommend that you watch some of his videos on the topic of UFOs.

It’s hard to believe that Mick West’s videos could reach Lex Fridman and Joe Rogan, yet Thunderf00t with a much larger audience and viewing numbers couldn’t.

This is my explanation, simple and obvious

One explanation that I could come up with is this: Thunderf00t made a lot of debunking videos about Elon Musk and ALL of his projects and “inventions”. Long story short: it’s mostly vaporware (empty promises).

So if Joe Rogan or Lex Fridman would publicly acknowledge or promote in any way Thunderf00t’s videos, they would be hurting the image of their buddy Elon Musk.

What do you think?